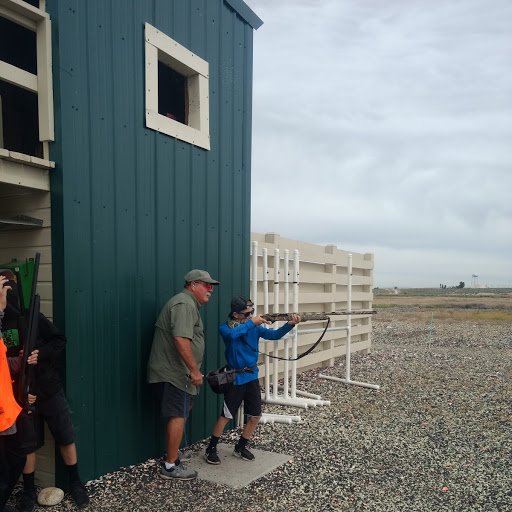 On June 28th and 29th, 2019, 20 youth shooters, ages 10 to 17 attended the NSSA sponsored Youth Camp in Boise, Idaho.  The number of participants was double from 2018. The event was held at the Boise Gun Club and was facilitated by NSSA Level 3 Instructor, Lonnie Eads, with expert guidance from NSSA Chief Youth Camp Instructor, Doug Thompson.  Four additional NSSA Instructors and volunteers also donated their time to make the camp a huge success.

Experience levels varied and most had some experience with trap and/or sporting clays, but little to no skeet experience.  The youth shooters were evaluated for eye dominance, taught correct stance and gun mount, then evaluated for gun fit with all problems addressed before shooting.  Once on the skeet field, skeet shooting fundamentals and safety were emphasized.   By the end of day 2, each participant had shot approximately 400 targets and significantly improved their skill level.

This event could not have happened without the generous support of the National Skeet Shooting Association, Mule Deer Foundation, and the Boise Gun Club.  A big thank you to NSSA Master Instructor, Doug Thompson, NSSA Level 3 Instructor, Lonnie Eads, NSSA Level 1 Instructors, Terry Miller, Mike Rittenhouse, Barry Crose, Robert Purkey, and the parent volunteers whose selfless dedication to the continued growth of skeet and youth shooting are truly exceptional.

Board of Directors votes to open Saturdays.

Board of Directors Meeting Minutes May 6, 2020

Open Letter To The Membership

Soft Opening of the Gun Club

Board of Directors Minutes April 29th